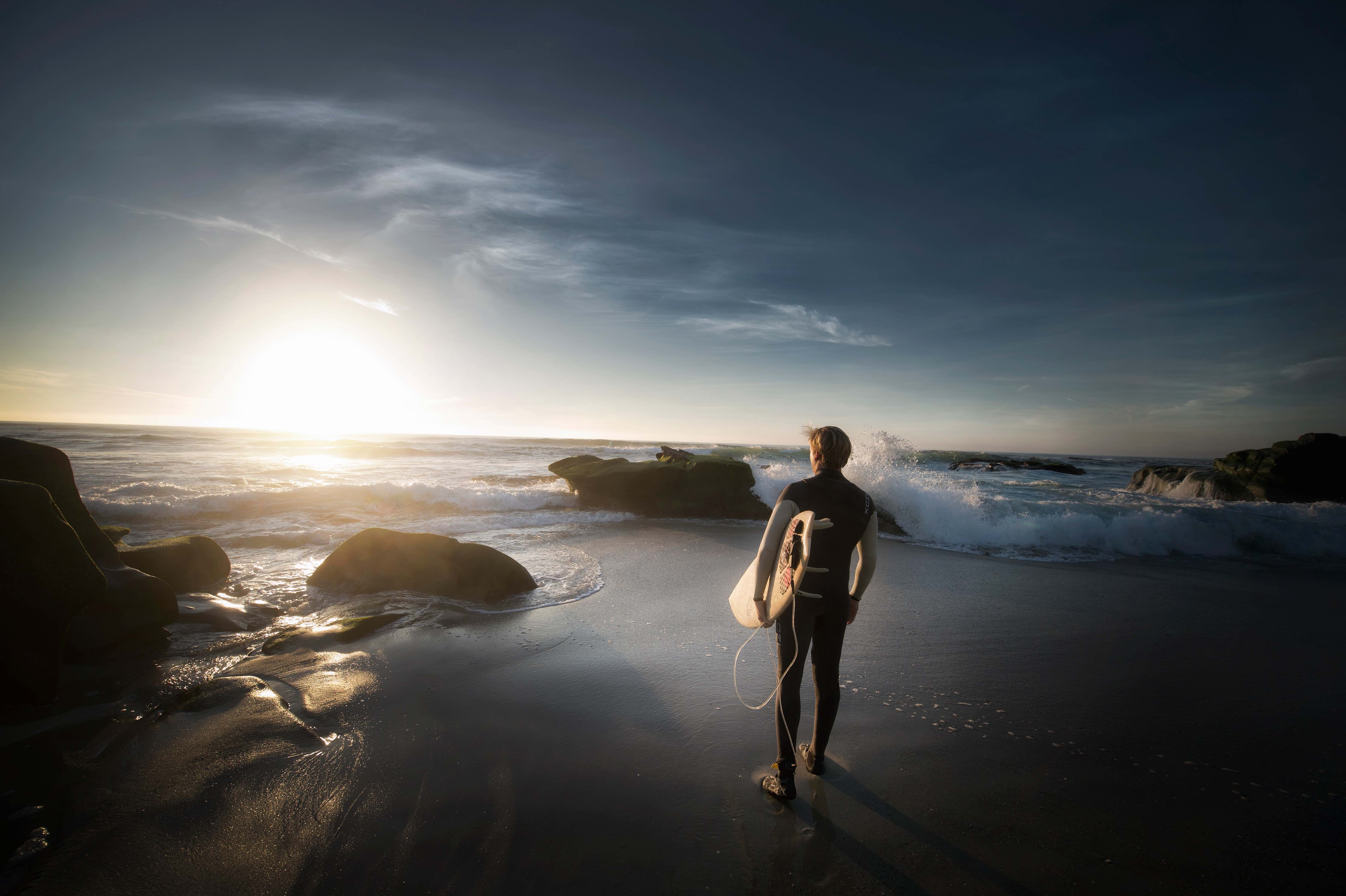 A day in the Marin Headlands just on the North side of the Golden Gate bridge offers more than spectacular coastal scenery. The Marin Headlands can transport you through geologic time. Only 15, 000 years ago Rodeo Beach and the surrounding shoreline were not here at all. Sea level was 400 feet lower here than it is today and may be significantly higher by the end of this century. Tanya Atwater's 24 second animation shows the 10,000 years it took for the Farallon plate in the Pacific to make the subducting collision with the North America plate and create our current coastline. It brought with it rocks that had formed Millions of years agoat the bottom of the sea, several thousand miles from the coast. This black pillow basalt was created from lava spewing from vents, while the red-brown radiolarian chert formed as the remains of radiolarians (microscopic protozoans) collected in after drifting to the bottom of the sea. Our eloquent speaker Dr. John Karachewski brought this geologic history to life, opening what for me was a big blind spot in my understanding of California and its topography, formed not only by watersheds but also by geologic time and colliding geologic plates folding and morphing and shifting rocks from as far away as Yosemite and the Mojave dessert. John was also the photographer for a wonderful book by Doris Sloan on the Geology of the San Francisco Bay Region, if you would like to learn more about the geologic "time machine" before visiting, I recommend it.

The Marin Headlands also tells us other more recent stories. On the hill above the south-end of Rodeo Beach sits the Marine Mammal Center which is also a hospital for wounded and stranded animals. They have been rescuing Marin Mammals since 1973 and in that time they have learned a lot about marine mammal health, ocean health and in turn, human health. They have also learned a lot about the ocean food chain, and something called biomagnification. This is when toxins, like Domoic Acid in plankton accumulate in the fish after they eat the plankton and then accumulate even more in mammals up the food chain. Domoic Acid affects animals giving them epileptic like siezures. It affects humans the same way, so these mammals are becoming the cannaries in the coal mine so to speak. The center has learned how this may affect not only marine mammmal health but also human health long term. They have also learned about sea level and temperature rise, as well as migration patterns which are all changing due to climate change. The Marine Mammal Center is a stark reminder of the dangers of single-use plastics and ocean-trash in general. Seeing how this negatively affects many of the animals arriving at the center has inspired me to make an even greater commitment to having my default action be the sustainable action. We can help save animals by avoiding sinlgle-use plastic. From my perspective, and the perspective of the innocent animals killed by trash, it causes more damage than it's worth in convenience. If you see a stranded animal or distressed marin mammal call the centers hotline 415-289 -SEAL and remember don't get too close these animals are wild after all. This is also true if you see bobcats in the headlands give them space and don't try to pet them.

The incredible view from the the Marine Mammal Center shows not only the rich geology of pillow basalt formations and colorful radiolarian chert stone along the beach, from here you can also glimpse Hawk Hill and the Golden Gate Raptor Observatory, where hundreds of volunteers work a minimum of 70 hours each a year to count raptors passing through this migration corridor. The raptor center also actively radio and satalite tags many of these birds so to learn more about them and where they are traveling to. This work has revealed a lot about declining raptor populations and there destinations.

The Marin Headlands Nursery is another part of The Golden Gate Parks Conservancy. It can be visited on Wednesday afternoons and Saturday morning. It is just below the Marin Mammal Center. Here they seed and propagate native plants from this watershed for ongoing restoration projects that aim to reduce the number of non-native species brought here by early settlers and their cattle. The nursery helps keep the rich diversity of these lands healthy.

In addition to all this the Headlands Center for the Arts, and Marin Headlands Visitor Center both have galleries and rotating shows. The headlands is a hot spot of biologic diversity and a rich history of settlement from the Miwok Indiands to the US Military. The Nike Missile site and Batteries provide a unique view of the Bay Area's Military history.

All of these sites weave the story and long history of this lovely little headland just north of San Francisco. Whether you like to hike, surf, beach comb, or want to volunteer to help restore this beautiful land the Marin Headlands has a something to offer everyone in the family.