On Feb 27 The Environmental Forum of Marin hosted a very informative evening seminar on green construction.

Building with less carbon intensity is an essential piece of the climate solution that has often been overlooked.  According to the United Nations, by 2060, the world is projected to add 2.5 trillion square feet of buildings.* This is the equivalent of adding an entire New York City to the planet every 34 days for the next 40 years. - Global Status Report 2017. With each building comes the need to heat, cool, and service which we have gotten better at doing with a smaller footprint but unfortunately, efficiency is not the only piece of the carbon puzzle. A buildings construction footprint accounts for over 40% of the building's Green House Gas emissions over the building's lifetime.  According to Bruce King of the Ecological Building Network and David Arkin of Arkin Tilt Architects, who spoke at the event last month, many of the solutions may be growing in our back yard.

Human innovation has brought us a long way from the first concrete revolution that filled Rome with tall, perfectly formed arches, soaring vaults and large domes. Now over 2000 years later we will have to continue to innovate our construction to become less carbon intensive, and reduce the embodied energy that comes along with cooking and crushing rocks into Portland cement.

Last year I had the pleasure of wandering around Pozzuoli, just north of Naples, and was told the story of the volcanic pozzolanic ash in the area which was mixed with lime and shipped up the coast to become  Roman Concrete. Pozzolano, was considered the bed rock of ancient Rome, yet this volcanic ash, is much more versatile than bedrock as it allows one to create concrete that is as strong as rock, as tall as a mountain and as cavernous as a shell. Today, cement is created with a simple acid-base reaction between calcium hydroxide (as Portlandite) and silicic acid, to create Portland Cement. Although this ubiquitous building material is similar to the material which allowed the Romans to build the iconic Pantheon Dome, it is unfortunately much more carbon intensive and damaging to our atmosphere.

The embodied energy in construction materials is quite significant and accounts for an increasing percentage of the total CO2 of a building's life cycle. Portland Cement on its own accounts for 8% of the total CO2 released in an average new construction project.  This adds up to be the third largest global emitter of CO2 after the US and China. According to Bruce King, there is some good news on this front which has been employed locally in the construction of the Bay Bridge and the new terminal at SFO. Both have used low CO2 concrete which reduced the carbon intensity of their concrete to 4%. Marin County Community Development Agency has recently received a grant headed up by Alice Zanmiller,  who also spoke at the event. This grant is intended to explore concrete and it’s alternatives. This may eventually lead to among other things, recommendations on mandates for low CO2 cement in new construction in California. In the meantime, both Arkin and King recommend retrofitting rather than building whenever feasible and using natural, locally sourced, grown and recycled materials as much as possible.

The gates of opportunity have been swung wide open for innovators to satisfy the worlds growing population with low-carbon housing solutions. These innovators are finding low-carbon solutions with similar structural strength, longevity, versatility and temperature control for retrofits as well as new construction.

Are the solutions really growing in our back yard as King and Arkin suggest?  Mr. Arkin is renowned for elevating straw bale and rammed earth construction to 21st century standards of performance and aesthetic. Three-string straw bales, for example, covered in plaster mud are versatile and long-lasting. They produce a strong, fire-resistant, wall that is sound and temperature insulating. Straw is a bi-product that is non-toxic and creates no waste or carbon footprint. It is versatile and readily available. Innovations are also being made as designers apply the principles of Biomimicry to find solutions in other unexpected places. Greensulate, for example, is an R-3-per-inch rigid insulation material that is made from intertwining mycelium (rootlike filaments of a fungus). Wood is also now reaching new heights with several highrise integration projects using cross-laminated timber. Bamboo is another structurally sound grass, that permanently sequesters carbon in the soil and when cut can be turned into Bamcore’s modular building panels that have the strength of steel and the versatility of cement for wall construction. Earth masonry which has been around for 7,000 years has also taken a step into the modern world with PISE (Pneumatically Impacted Stabilized Earth) methods. Natural construction materials like these can also take better advantage of passive ventilation, heating, and cooling, providing additional long-term CO2 reductions.

Innovations are cropping up everywhere, literally, we are growing our building materials that can sequester carbon rather than emit it. Bruce King and David Arkin both agree that what we need to do in order of importance is build as little as possible by retrofitting our existing construction. When we do build we should grow our buildings by using materials like wood, straw, bamboo, hemp, bark, cotton cellulose, cork, salvaged wood. These renewable materials sequester CO2 from the atmosphere. Now over 2000 years after the innovations of Rome we are creating a new building revolution that will be less carbon-intensive and will use nature to help reduce the embodied energy that came along with the inefficiencies of cooking and crushing rocks into cement.

If you want to know more consider attending the West Coast Natural Building Conference April 5- 7 at Westerbeke in Sonoma County or visit www.strawbuilding.org. To get a better understanding of the additional ways in which we can sequester carbon in our buildings visit, http://endeavourcentre.org/2017/07/carbon-sequestration-in-building-materials/ To learn about many more climate-safe lifestyle choices explore coolhive.com. 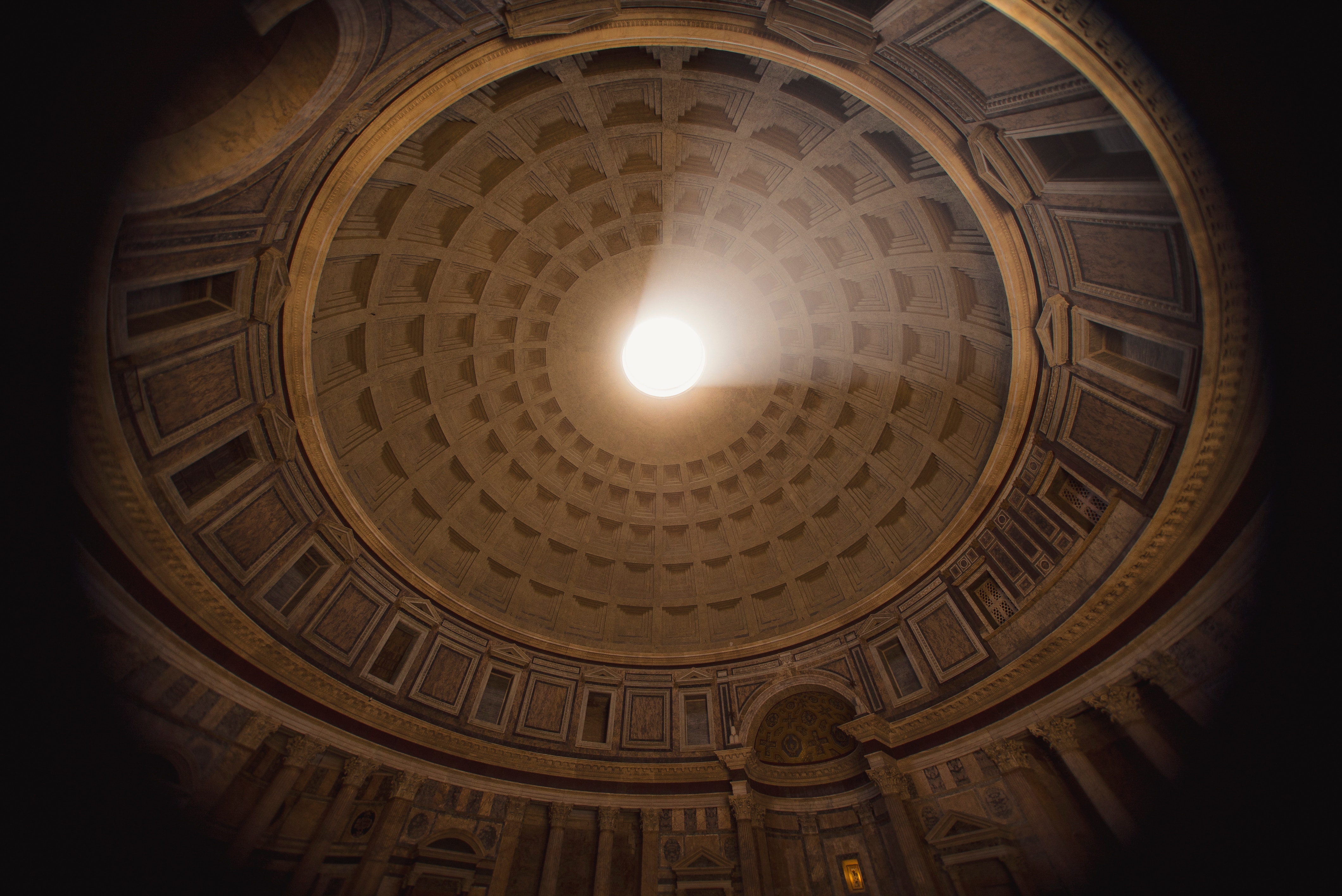